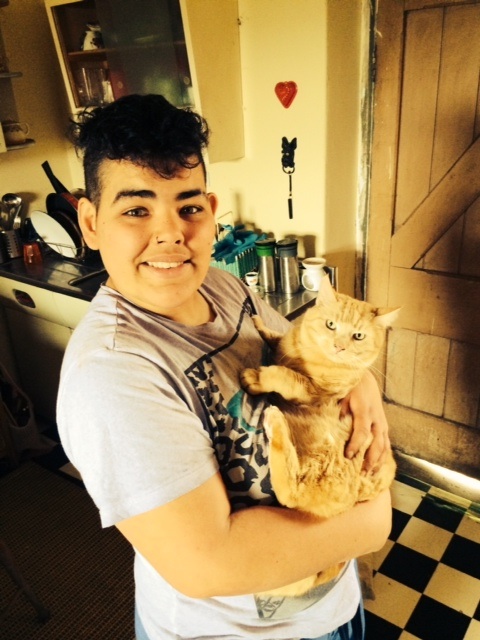 When Jazz was little she found fitting in with her peers extremely difficult. Her upbringing meant she was unable to feel much empathy for others or to concentrate or relax enough to notice their reactions to what she was saying or doing. When she did notice people it was with intense staring observation, usually when something about them felt threatening to her. This made social occasions a minefield of potential upset for her and others.

This situation was compounded by increasing exclusions from school. First came a day at a time, then a week or ten days and depressingly, eventually racking up to three permanent exclusions by the age of eight.

One of the strategies I used to teach her socialisation was to vocalise each of her pets personalities. We had two dogs and two cats in the early days and the menagerie grew as her friends diminished.  I would speak for each ‘person’. An example would be that she would be shouting really loudly and inappropriately. I would do a voice for each animal like a play:

Hampi (old cat) “Ooooh dear you made me really jump then my false teeth nearly fell out. Please be a bit quieter it’s not good for my nerves.

Dargo (wise lurcher dog) ” No Kinky I agree with Madge. I think Jazz shouting does scare some people and you should help her to learn new things and not be so selfish”

Creating this group dialogue helped Jazz to see that the world was made up of lots of different types of people who would have different reactions to the same thing. Some people were shy, some were moody, some were physical, some were wise, some were nervous, some were funny. There was nearly always a chance to laugh at, and with, the cheeky character so that part of her was also accepted without shame. It taught her to manage her social responses depending on different circumstances and context. By practising in this enjoyable form of play over many years her emotional intelligence eventually grew beyond that of her same age peers.

The game also extended to soft toys who came alive as monkeys who swore a lot, tigger’s who couldn’t stop moving and touching things, wise old granny wolves who explained big stuff and calm donkeys who wanted to whisper.

Over the years some extremely difficult subjects have been talked out via our pets and toys and still to this day a great bad mood breaker involves me with a very well worn cheeky monkey called Bardy saying a few very naughty swear words and dancing about in a whizzy way throwing stuff.

Jazz “Now come on Bardy let’s not be silly. Lets calm down before it gets out of hand”