Anxiety is some think in body that sets your heart rate up. what happens to me when I’m anxious is I talk to much I smoke to much and I get hevery breathing nd I start shaking nd I wet my self a lot nd I get less hungry nd I go rally clingy to mummy bear nd anxiety can lead to panic attacks wich r hobble.

Anger is hobble felling it eats u up. what I get when I’m angry I get rally coxey nd pushey nd I do Lounds of wate liffding nd I play rally angry music nd I put on a voise so no one comes near me nd I have day dreams about slashing my arms up nd shaving all my hire off nd I get rally rude nd I over play music.

Sadness is all so hobble. I get like rally sad nd I cart deal with to much talk nd I rally don’t like been over told off nd I hate eye contact then I don’t like to much body contact nd I just won’t to bee on my own nd put my head phoes on beause I fell like I’m pee of shit nd I get rally bad nd hobble thorts like blood nd clowns nd killing people nd all so cuting my self so I get a buzz nd kick out of it

Fear is wear u r skerd. what I’m like I get rally skerd about going out in the car nd doing stuff nd I’m all ways skerd mummy bear going to fall down the seras nd hert her self or die nd when I’m skerd I poo or wet my self nd I get rally clingy with mummy bear

Embarrassment Is wear u get embarrassed about some thing so like u see some one how u fancy nd thay give u complmnt about how u look or your mum said some think in basing or dad. I get like I get argent nd put on tuff man voise nd I walk the chimp nd I go red or I just don’t say ey thing

The closure of the British Association for Adoption and Fostering  is confusing. One minute they seemed to be one of the governments top ‘go to’ charities for all things adoption related. Playing a key part in recent adoption reforms they received healthy funding from many sources and were commissioned by the DfE in several areas. Yet they closed overnight, dumping hundreds of staff, and we must presume families, in the crap. Right at a time that their expertise was being used extensively to train adoption professionals and promote the current adoption agenda of higher numbers, they crumbled.

The last accounts seemed healthy but there was clearly no reserve as the financial climate has been the explanation given. The no reseve issue has also come up with Kids Company this week. A second massive government funded charity gone overnight. Both overwhelmed by demand or simply mismanaged?

The plan for some of BAAFs services was clearly thought through and they were handed to Coram before the closure was announced. I haven’t heard of any pre planning on the closure of Kids Company but have read some government statements;

That’s the irony of politics for you.

The Open Nest is a tiny charity. A grain on the sand of other charities beaches. No matter how small a charity you are though, the politics of a government still affect you and those you support.

“The important thing charities should be doing is sticking to their knitting” Brooks Newmark: Charities Minister 2014

We choose not to chase or take funding with any whiff of ‘gagging’ conditions. This is partly because we feel we should stand up for the people we represent as a charity without compromise or editing. Sometimes this means actively criticising or questioning policy and as a result we accept this means not getting certain funding or endorsements.  We also feel we might start important work that we know needs doing, but at the same time have no long term security for that work. The potential for letting people down can be very real when none of us have a magic wand and some people need continuity and support for life. This is one of our charities key concerns with The Adoption Support Fund. We would prefer  that all support services were a statutory right for all children and not dependent on charity or commerce.

For The Open Nest the aim as a small charity is to try and provide quality rather than quantity, this alongside creative independence. No cut throat competitions for endorsement or comissions, an active voice and an easily accessible service. We can’t change the world but feel we can change our corner of it. We have nothing to sell. We can’t even imagine being a big charity. We would however hope to influence big charities. We formed precisely because we had no faith in the government to not leave adult adopted people and birth families out of the adoption reforms, to focus on adoptees rights to their own history and information, to improve routes and assessments to support, or to not leave any adopted children (or any children for that matter) in the lurch support wise.

Despite being small, a charity or support organisation can have real impact on both awareness raising and support to the community it represents. This can reach nationally and cost effectively with the creative use of social media and creative fundraising strategies.

Sometimes where charites are concerned big is not always beautiful when it comes to enabling rather than disabling or infantilising people who seek empathic support.

Our experience of BAAF as a group of trustees made up of adopted adults and adoptive parents is that we had no real connection with it. Individuals amongst us who had experienced its culture did not feel hugely positive about it. We felt it appeared to represent professionals rather than those directly affected by adoption. We have not received any public attention from it as a vocal, albeit small and independent user led charity. It did however use our (free of charge) community made animation in its national training of adoption support professionals. We always liked the individual BAAF staff we met. It strangely didn’t seem to express much sorrow via its trustees at the closing down of it’s services (We would be interested to hear more adoption community experiences of it to challenge our experience or suggest reasons for why it was no longer viable)

My experience of Camila Batmangelidgh is only personal. My daughter and I met her at an event. My daughter was struggling massively with triggers and anxiety and discussed this openly. Camila gave us both authentic responses and was a major influence on my daughters road to recovery after that meeting. She gave us her personal contact details and told my daughter she could call her anytime. After this meeting we had further communication about a few things including lack of support to traumatised people. Another time in 2013 she described having to work 24/7 for funding to keep services going. When we founded The Open Nest she sent us a meaningful letter of support and  encouragement. Communicating with us had no perks in it for her.

You can’t bottle that. If you could charities probably wouldn’t need to exist at all.

Whatever the outcome of these two big charities closing, it has been interesting to see the huge press interest in one and distinct lack of it with the other. I have found it disturbing to see the negative speculation about Kids Company and in particular personal attacks on Camila Batmanghelidgh including her looks and personality.

The key debates should be whether big charities are ever in a safe position to provide expensive services to children which should rightly be provided by the government anyway. Whether the commissioning of charities by the government to provide children’s services takes place in a fair market or goes to the quiet compliants, or most forceful founders. How dangerous is it to become the governments darling as a charity, and who picks up the pieces on behalf of children and families when the love affair ends? 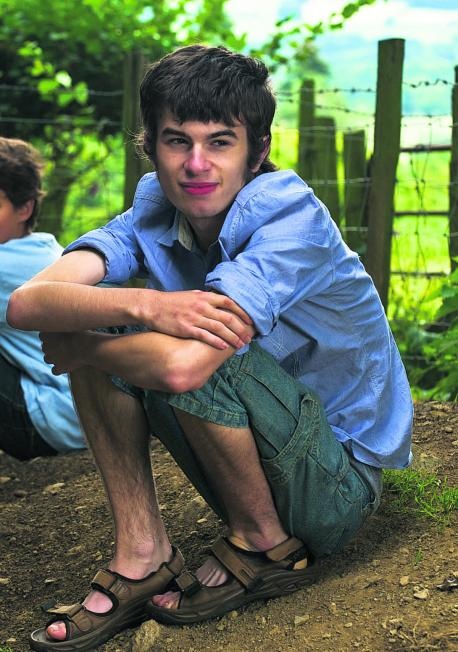