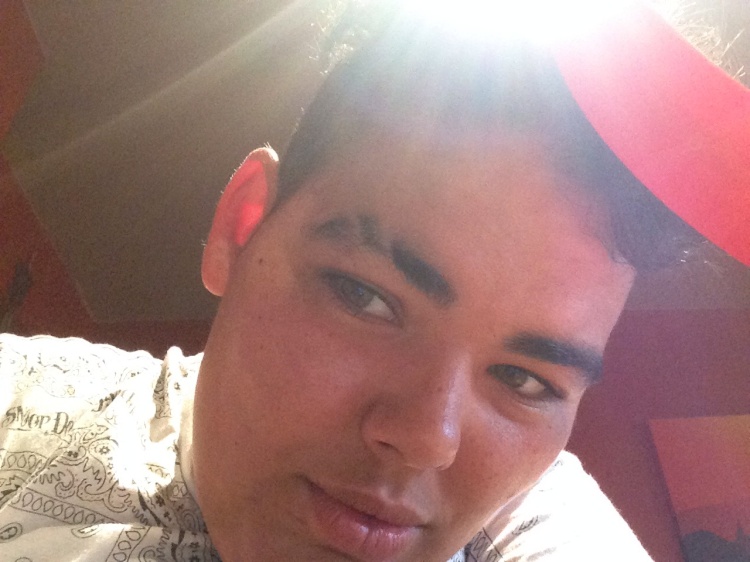 Anxiety is some think in body that sets your heart rate up. what happens to me when I’m anxious is I talk to much I smoke to much and I get hevery breathing nd I start shaking nd I wet my self a lot nd I get less hungry nd I go rally clingy to mummy bear nd anxiety can lead to panic attacks wich r hobble.

Anger is hobble felling it eats u up. what I get when I’m angry I get rally coxey nd pushey nd I do Lounds of wate liffding nd I play rally angry music nd I put on a voise so no one comes near me nd I have day dreams about slashing my arms up nd shaving all my hire off nd I get rally rude nd I over play music.

Sadness is all so hobble. I get like rally sad nd I cart deal with to much talk nd I rally don’t like been over told off nd I hate eye contact then I don’t like to much body contact nd I just won’t to bee on my own nd put my head phoes on beause I fell like I’m pee of shit nd I get rally bad nd hobble thorts like blood nd clowns nd killing people nd all so cuting my self so I get a buzz nd kick out of it

Fear is wear u r skerd. what I’m like I get rally skerd about going out in the car nd doing stuff nd I’m all ways skerd mummy bear going to fall down the seras nd hert her self or die nd when I’m skerd I poo or wet my self nd I get rally clingy with mummy bear

Embarrassment Is wear u get embarrassed about some thing so like u see some one how u fancy nd thay give u complmnt about how u look or your mum said some think in basing or dad. I get like I get argent nd put on tuff man voise nd I walk the chimp nd I go red or I just don’t say ey thing

I booked myself onto an intensive training course with attachment guru Dan Hughes earlier this year. It was not cheap and I needed most of the year to save up for it despite the deposit being given as a birthday present from my parents. The course was level 1 in Dyadic Developmental Psychology, DDP for short. The therapeutic model was created by Dan to work with children and young people who have attachment issues and trauma related symptoms. The therapy is particularly used with fostered and adopted children who have experienced traumatic loss and/or neglect and abuse. The therapy, unlike others believes in forming an authentic relationship with clients and their families or main carers. At its core is PACE: playfulness, acceptance, curiosity, empathy. I think it’s a great parenting model for all children.

Jazz and I were involved in this therapy for many years and I whole heartedly believe in it. It was the only intervention that felt humane, positive and meaningful. We just didn’t get enough of it due to lack of LA/Health financial commitment.
My motivation for going on the course was not to become a therapist in DDP but to focus my experience and gain further expertise as a charity worker. I also want to continue to support my daughter who did not suddenly become ‘cured’ of trauma issues aged 18 when funding for the therapy ended at the stroke of midnight on her birthday.

The course has been taking place this week and I finished it on Thursday. Clutching my certificate and with a head full of learning I wended my way back home to reflect on what I had taken from it.

I have always had a heathy cynicism about the ability of therapy to cure trauma symptoms and of course my opinions of this didn’t change over the week. I still believe trauma has to be lived with and strategies for families to cope independently are what can be encouraged and developed within this style of attachment therapy.

There were 31 people on the course and I was the only person present who was a parent to a traumatised child rather than a therapist or practitioner in children’s services. This gave me quite a different perspective than the other trainees. It made me acutely aware of the use of language during discussions as well as the positions workers are in when supporting families. A great group of open minded and willing people didn’t mean that the overall care culture of the parent being less expert did not creep in and show itself. Quite a bit of innocent but disempowering suggestion during exercises and dialogue that parents might not quite understand the reasons behind behaviour in the way a therapist or ‘professional’ automatically would.

I found the many clips of therapy sessions bought tears to my eyes in ways they couldn’t to other people. That in the role plays (I still hate role play!) it meant I could easily slip into parent and child role but found myself disassociated when I was the therapist. I also learnt I was better at being an active problem solver than a more passive listener. Which is not always a good thing. I found Dan to be a true therapeutic master when watching him work with families

Many of the trainees found practising the therapy methods all day exhausting even with coffee and lunch breaks. It was nothing compared to practising it for real every day, day in, day out for years.

Having been fighting for years as a parent and more recently as a charity worker to have the voices of children and parents heard in equal status to professionals and politicians it gave me great hope to hear that Dan Hughes was potentially ‘on our side’. He proved this to me in part by using The Open Nest ‘Severance’ film as part of the training. He says he plans to use it again as he felt it showed services the direct results of not supporting families, both birth and adoptive from the start. We hope he does.

My overall conclusions were these:

1. Many therapists in the UK and within CAMHS work with models that are in potential opposition with the principles of DDP. This in turn means they work in ways that do not help adoptive families and can even damage them.

2. Social workers wanting to support families post adoption and in ways which take on principles of DDP and PACE will not necessarily get backing from LA management or the DfE, nor the budget and supervision needed to be supported in ways a therapist would.

3. There are still worrying gaps in professional knowledge around what life is really like at times for adopted children and their families. This extends to a more dangerous blaming of parents if children express trauma through behavioural problems. The Government funded research by Julie Selwyn that highlighted issues in adoption is not commonly heard of, even by adoption social workers! I think the Government are hugely selective in which adoption stats they focus on.

4. DDP therapy can potentially turn lives around but the access to both practicing it and receiving it is restricted and exclusive due to the costs involved.

5. To teach a parent and child to communicate well in the presence of trauma and to encourage healthy attachment styles in therapy sessions is a wonderful goal. It can be transformative. For a parent and child to sign up for this and commit to it is empowering and supportive for all. When that parent and child then receive opposing thinking and practice outside the therapy, in schools, health services etc, it is devastating and completely undermines the work done by the therapy. It is confusing and anger provoking for children who do not understand budgets, systems and agendas.

6. I am more convinced than ever that the current Government needed and still needs to prioritise funding to change the culture and practice around adoption and the language and rhetoric it takes place within, before it spends money on recruitment and the marketing of a system not yet fully fit for purpose.

7. If supporting traumatised children truly is your passion as a trainer, therapist, social worker, charity boss, MP or parent you should give your time and expertise as generously as you possibly can. Give free and subsidised places on your courses, give your knowledge and information to as many people as possible for free, fight your managers to gain meaningful support for families and yourself even if it makes you unpopular, write to your MP, lobby parliament, form support groups, take part in activism, hang on in there for your children against the odds.

8. If money has to be involved in your passion to support children it is always possible to make it truly fair trade.

We had some great training this week from Geraldine Casswell who is in the group of Dyadic Developmental Psychotherapy therapists who work alongside Dan Hughes. dyadicdevelopmentalpsychotherapy.org

It was positive and reassuring about having hope for the future of teenagers and young people who have experienced attachment issues and trauma. Of course we had to fund privately and were given a very fair deal but just knowing there are people out there who want to spread the words of hope and love is encouraging.

We hope to raise funds through The Open Nest Charity to help other families access training with wise mentors like Geraldine but in the meantime would like to share a video we were shown.

When Jazz first came to live with me her brother was in a children’s home. He was only seven and was housed far away from his family and friends. We would regularly go to see him at the home and take him out for the day. After some negotiating with Social Services he was allowed to come and stay with us for weekends.

The visits were very special and for the time we spent together the children seemed happy and relaxed in each others company. When it came to say goodbye however, emotions would rise and tantrums and tears would begin. It was completely understandable but tricky to manage.  Jazz would beg me to bring her brother home with us and he would storm off refusing to say goodbye.

The long two hour drive home across the Pennines was sad and often spent trying in the best way possible to explain the emotions of the situation to a six year old.

After a few visits her brother gave her his favourite toy to take home with her. It was a soft toy Barney the dinosaur. Between them they set up this system where each one would take it in turns to keep it after the visit. Backwards and forwards it went providing a manifestation of the unwritten connection they held. It seemed to ease the pain, knowing because Barney was involved they would definitely see each other again.

“I love you, you love me, we’re a happy family”

The Barney mantra became stuck in their heads and repeated over and over. At times I have to admit it drove me crazy.

As time went on they even felt brave enough to let each other keep Barney for an extra period of time.

Jazz’s brother was moved to another three homes between the ages of seven and twelve, but the routine continued.

At the last home he was in before coming to live with us permanently, a  young member of the care staff who had known him but weeks decided it was time to “sort out his room”.

Without his permission a bin bag of his things were taken to the charity shop because they were considered “too childish”.

Barney the family heirloom that connected them for years was lost forever.